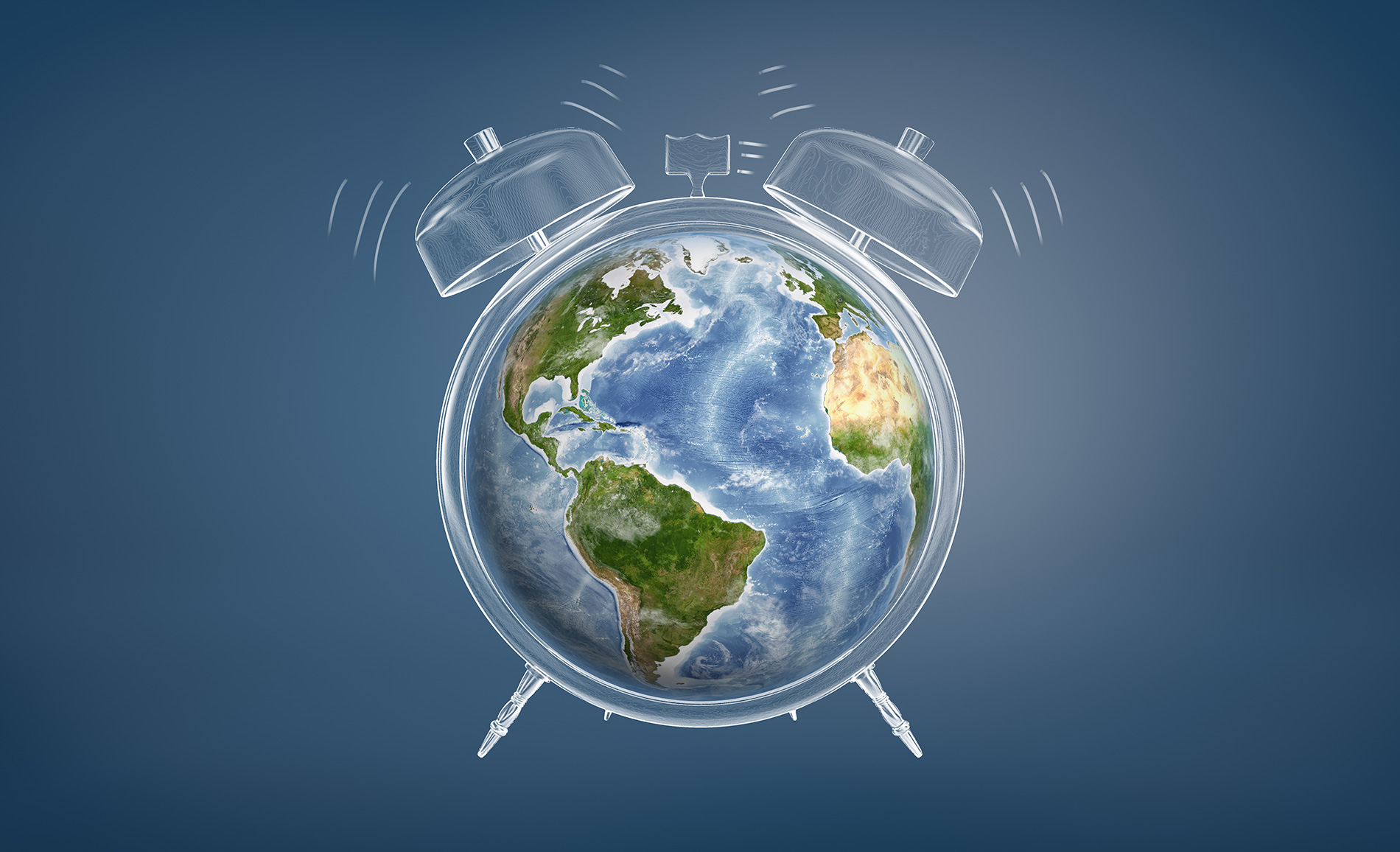 One of the hallmarks of working in sustainable finance is seeing that every decision you make has an impact, sometimes years into the future when that original decision feels like a distant memory.

It’s that realization that drives some fundamental questions throughout sustainable finance. What does it mean to have a 30-year mortgage in a flood, storm or fire zone? What’s the value of opening a coal plant today when the economic and social cost of operating it is so much higher than alternatives? What’s the likelihood that a corporate promise for net-zero emissions will be met in 30 years when the average tenure of a C-suite executive is 4.9 years?

And what’s the cost of being so overwhelmed by these time loops that we change nothing at all?

It’s clear now that we all have to figure out how to stop waiting. Delaying action until there is a carbon price, clearer risk projections or a systemwide standard is something governments are warning could quickly become unaffordable. U.S. Treasury Secretary Janet Yellen made the case on Twitter this week:

Climate science is relatively new to financial institutions & regulators. And so, at this point, it’s hard to translate changes in climate & policy into econ & financial projections. It’s even more difficult to merge sector-by-sector assessments to form a systemwide perspective. Some have argued this is a reason for us to move slowly. The thinking goes that because we know so little about climate risk, let’s be tentative in our actions — or even do nothing at all. This is completely wrong in my view. This is a major problem and it needs to be tackled now.

(Read her recent speech on these topics here.)

What’s the cost of being so overwhelmed by these time loops that we change nothing at all?

The flurry of corporate and government commitments around Earth Day and the Biden Climate Summit this year show the urgency of moving more quickly. Climate risk is quickly overtaking the financial risk modeling that markets traditionally have learned to manage. Extreme weather is causing record numbers of billion-dollar disasters, totaling $95.8 billion in damages just in 2020, according to the National Climatic Data Center. While the world hasn’t fully started carbon pricing as a primary solution, it still could. Under a high carbon price scenario, large global companies could face up to $283 billion in carbon pricing costs, putting 13 percent of earnings at risk by 2025, S&P Global Trucost said this month.

So why not start now? Even if we don’t yet have the best data, waiting can have a societal cost because you can lose out on the first-mover advantage, that sought-after competitive position when you are the very first to open a market.

To be fair, the first-mover advantage has gotten kind of a bad rap over the past 30 years. It was roundly debunked in the software market, where companies that were first — think MySpace and Netscape — didn’t end up as the winners. The pace of innovation in software is exceptionally fast, so it was easy for competitors to leapfrog.

But climate innovation doesn’t look anything like software innovation.

The two biggest winning technologies out of the energy transition so far — solar and wind power — are pretty old. Dutch windmills originated in the 11th century and modern silicon solar panels came out of Bell Labs in 1954. The focus of innovation in fighting climate change to date has really been to make older technologies incrementally or substantially better, and to figure out how to deploy them efficiently.

A white paper by the White House Council for Economic Advisers detailed this week how the United States has been missing out by being slow to invest in climate technology research and development, while the European Union and China have leaped ahead. Chinese companies have a nearly 60 percent market share in manufacturing wind turbines and around 80 percent market share for manufacturing both solar module cells and battery cells used in electric vehicles, the paper pointed out.

“This United States’ lack of investment in R&D is especially worrisome given the advantages that flow to those who can first capture a particular market, and the rich body of evidence for a close empirical link between R&D spending and different measures of innovation, including patents and venture capital investments,” the paper said.

Creating a market in climate tech means you get the benefits of learning and developing new technologies. You also get the economic income and jobs that go with it. One benefit of setting all of these very aggressive climate goals this week is that we don’t quite know how to reach them yet.

And in trying to reach them without delay, you might just invent a solution that brings longer-term benefits than you had imagined.

Invesco launched what it believes is the first green building ETF, aimed at decarbonizing the built environment, which the United Nations estimates contributes 38 percent of global emissions.

Atlantic Hurricane Season 2021 May Be Nearing its End, But Extreme Weather Conditions Still Expected
Update On Australia’s Solar-Led Renewable Energy Charge
Smoke From Nuclear War May Trigger Climate Change, Threatening Global Food Supplies Even After 15 Years
Reddit channel posts stories of anti-vaxxers dying of Covid, scaring fence-sitters into getting the shot
How Big Are the Mountains on a Neutron Star?