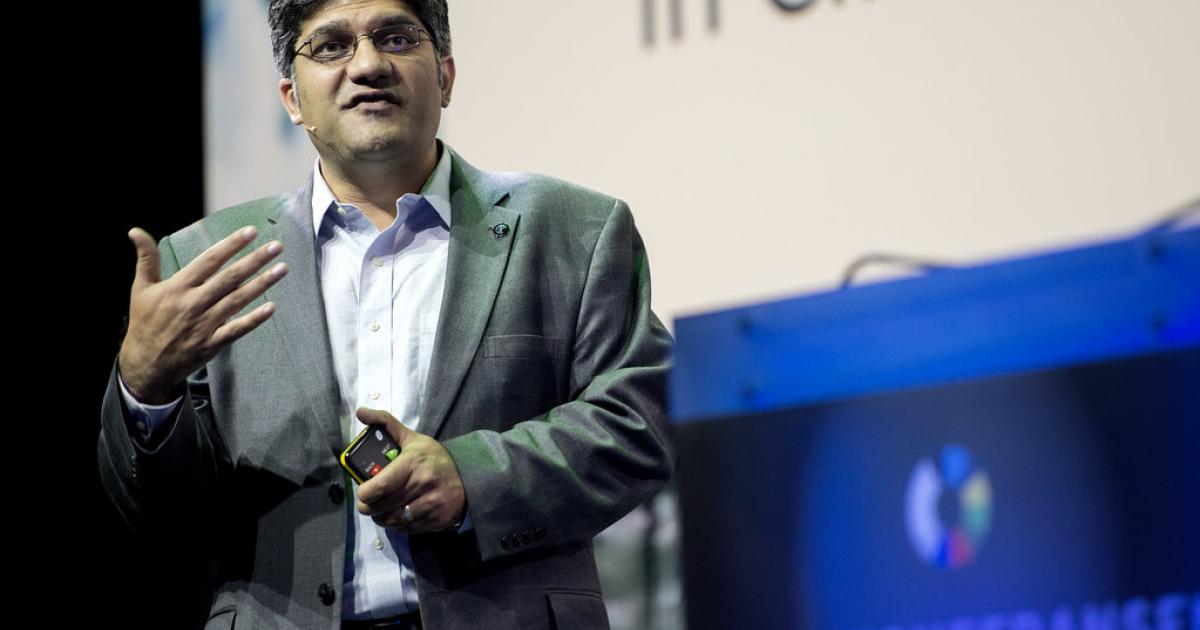 Maybe you first knew him as chief executive of the Carbon War Room or as the co-founder of Generate Capital. Or maybe you came across him as a LinkedIn mega-influencer, GreenBiz contributor or even as a former co-host of The Energy Gang podcast — he’s the one with the ready laugh and the sharp takes.

Chances are, you already know Jigar Shah. He’s spent the past two decades making a compelling case for the climate-fixing, profit-generating potential of clean energy, all the while batting down ill-informed skeptics and bad business models.

Now, as part of the Biden administration’s effort to jump-start economy-wide decarbonization, Shah has been granted more capital — and a bigger platform — than he might ever have thought possible.

The total: $46 billion, according to Shah. That’s the lending capacity he can mobilize at the Department of Energy’s Loan Programs Office (LPO), which he was appointed to oversee in March.

To make the “once-mighty” office — as his boss, Energy Secretary Jennifer Granholm, put it — mighty again, Shah faces big challenges. The office has been all but dormant for much of the past decade, due in part to Trump-era deprioritization but also hampered by a lingering reputation for bureaucratic dysfunction.

Shah sees his office’s role as narrowly targeted — providing catalytic funding at a key stage, before companies are able to access commercial debt.

Barely three months into his new role, Shah joined this week’s VERGE Electrify virtual event to kick off the conference and share his plans to get the loans flowing once again, in a keynote conversation with GreenBiz Group’s Senior Transportation Analyst Katie Fehrenbacher, who co-chaired the event.

Re-booting the LPO. Following a decade of dormancy, the office has moved into a fast-forward mode, fueled by Biden’s climate agenda and Shah’s contacts — he’s reached out to over 100 CEOs since he joined. “People are starting to realize that we’re open for business,” he said. “If we got maybe three applications all of last year, we’ve gotten three a week recently. That comes from people trusting the program will be there for them.”

A catalytic role. Deep as LPO’s loan pool may be, Shah sees his office’s role as narrowly targeted — providing catalytic funding at a key stage, before companies are able to access commercial debt. Consider the example of nuclear energy innovators such as Oklo, NuScale or Holtect. “Small modular reactors are going to be built across the country,” said Shah. But they’re not likely to be able to raise commercial debt until the technology is de-risked. Shah sees LPO’s role as building a bridge to bankability: “Then, we’re done.”

Streamlining the process. By pushing an easier, more user-friendly approach, Shah is tackling head-on the office’s lingering reputation for being too costly, too complex and too long-odds. “We’ve dropped all the application fees,” he said. “And we don’t charge any of the other fees that we used to until you’ve received the loan and started to draw it down.”

Energizing climate justice. Shah sees a space where the LPO has the potential to both modernize the grid and benefit historically disenfranchised communities. Virtual power plants offer an opportunity to advance grid-scale energy services while helping cities and communities upgrade energy infrastructure and cut energy costs. That could mean building solar with storage on low-income housing or affordably financing grid-responsive smart air conditioners or water heaters. Models such as these promise to “not only get essential appliances affordably into the hands of people who need them,” said Shah, “you’re also able to get higher utilization rates from the existing distribution infrastructure.”

We want every person who thinks they have a good idea that deserves funding to have a shot.

Swings at bat. To the vexing question of how to pick winners from among emerging technologies, Shah brings the perspective of a seasoned climate tech entrepreneur. “We have to take a lot of swings at bat,” said Shah, “and we are going to have misses.” But misses — with a nod to the failure of Solyndra, a Obama-era solar startup — can be offset by towering successes, such as Tesla, to which the DOE lent $465 million in 2010, a moment when the then-nascent EV maker was far closer to failure than world domination. Today, it’s the world’s most valuable carmaker and has sparked a competitive race to electrify the automotive industry. “That’s what the president has talked about,” said Shah. “We want to make sure from a technology standpoint, we’re leading the pack worldwide.”

Tips for loan candidates. “Don’t be scared! Come in early,” advised Shah. To be sure: There will be many forms, but Shah’s team is working to ensure that the process is easier to navigate than before. Over the past month, the office has added more than 10 people to escort applicants through the loan process. “We want every person who thinks they have a good idea that deserves funding to have a shot.”

If you’re one of those people, the initial review process takes six weeks, typically. Once qualified, getting the approval stage takes four to five months of diligence.

By that timeline, Shah’s office will announce the first batch of new loans under the Biden administration by autumn, if not sooner.