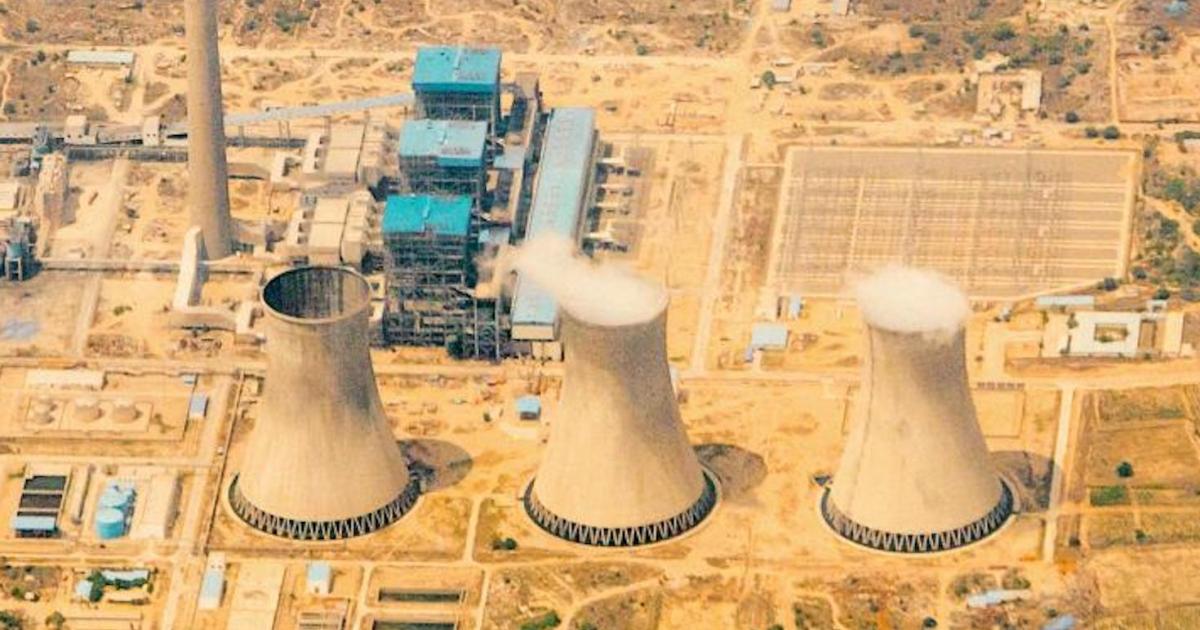 This article originally was published on WRI.org.

The start of the 2021 monsoon season was a promising time for India’s farmers and water users. Heavy rains in June and the beginning of July filled the country’s reservoirs in states such as Maharashtra and Telangana. Abundance of water was also good for the country’s thermal power plants, many of which rely on freshwater for their operation.

But what felt like an encouraging beginning has since evolved into concern. The monsoon waned in the second half of July, and rainfall overall has been more erratic in recent years. Data shows that India’s reservoirs overall have 6 percent less stored water today than during the same date last year and are filled to only half of their capacity.

This is a huge problem for the country’s energy sector. WRI research shows that thermal energy — which constitutes more than 70 percent of India’s total electricity generation and 60 percent of its installed power capacity — is highly dependent on freshwater for cooling, with the industry growing thirstier.

In a country plagued by increasing droughts and floods, growing water challenges are putting India’s energy security in a precarious position.

The connection between water and energy in India

According to WRI’s Aqueduct Projected Water Stress Country Rankings, water stress — the imbalance between water demand and supply — is worsening in India due to population growth, higher water use for agriculture and industry, and decreasing precipitation due to climate change. Projections show that more than two-thirds of the country’s power plants will face high water stress by the end of the decade.

India’s energy sector is already feeling the consequences of water scarcity. When dry spells occur and monsoon rainfall is weak, both hydro and thermal power production — the backbone of India’s electricity grid — are void of a resource critical to their operation.

In 2016, during one of the country’s worst droughts, water-related outages in thermal power plants were enough to cover the annual demand of Sri Lanka, costing utilities billions in lost revenue. Since then, and despite years with more precipitation, data from India’s energy ministry show that between 2017 and 2021, there have been about 8.2 terawatt-hours (TWh) in lost energy production due to a lack of water. That’s enough electricity to power 1.5 million Indian households for five years.

The Erai reservoir, near the city of Chandrapur, is a prime example of India’s problematic energy-water nexus. In 2018, water scarcity drove authorities to cut the city’s water supply in half, while Chandrapur Super Thermal Power Station shut down some of its power generation units for up to four months. The situation is not improving. Satellite images show the reservoir’s extent is 15 percent smaller than it was three years ago, raising concerns about future water curtailments if the rains do not pick up.

Lack of water is not the only source of concern.

An excess of it can expose weaknesses in India’s energy sector, too. Early in 2021, floods caused by Cyclone Yaas caused power outages that affected 14 out of the 23 districts in West Bengal, a state in which more than 90 million people live. Similar stories have occurred in cities such as Noida and Mumbai.

While floods do not affect India’s electricity generation, they do threaten distribution and transmission infrastructure, with issues such as substations inundated by water or transmission poles struck by debris.

Globally, the situation is set to worsen, with projections showing that the number of people affected by floods will double between 2010 and 2030, due to climate change, population growth, development and land subsidence. The most recent report from the Intergovernmental Panel on Climate Change (IPCC) projected that global warning will further intensify water cycle variability, monsoon precipitation and severity of wet and dry extremes.

Ultimately, for India’s rapidly developing society, power outages from either floods or droughts affect people’s livelihoods and their ability to work, study or receive healthcare, multiplying the impacts of water-related extreme weather events.

Power outages due to water-related risks also reduce profits for thermal power firms and their investors. Between 2013 and 2016, 14 of India’s 20 major thermal utility firms shut down because of water shortages, costing them about $1.4 billion in income. WRI calculates that India’s electricity growth between those years would have been 15 percent higher if those units had not shut down.

As concluded in a recent report by BlackRock Investment Institute, water is often understated as an investment risk. The authors show that the energy sector is exposed to very high risks of impacts from baseline water stress and depletion, floods and droughts.

Together, the compounded trends of thermal power expansion, population growth, worsening water stress and climate change-induced variability equate to a water-energy nexus that might become more fragile and uncertain in the future — not only in India, but globally. California, Texas, Zambia, China, Germany and other places have all recently experienced similar strains on electricity generation due to growing water challenges.

It’s clear that better resiliency planning for water and energy is critical. Experts from global organizations such as WRI, the World Economic Forum and BlackRock agree that better data and analysis capabilities are crucial for making the water-energy nexus more resilient. With increased uncertainty in global rainfall, temperature patterns and extreme weather due to climate change, stakeholders such as city water managers, farmers and electricity generators increasingly need access to near-real-time and predicted water-resource information.

Fortunately, the world and India are making strides when it comes to data processing power, artificial intelligence and remote sensing for analyzing and managing water risks.

For example, forecasts by the U.S. National Weather Service are enhancing economic activity and decreasing flood risk by informing decision-makers on what crops to plant, when to restrict water use or on how to prioritize emergency funds.

On a global scale, Google partnered with the Dutch research institute Deltares, WRI and the World Wildlife Fund to develop Global Water Watch, a platform that will provide public, near-real-time information about global freshwater resources such as precipitation, surface extent of water bodies and freshwater availability.

WRI recently partnered with Microsoft, BlackRock and the Growald Climate Fund to develop new artificial intelligence predictive models that forecast reservoir water levels in India. Through the Water4Power project, water-related forecasts will become publicly available to better understand power plant-specific water risks. And the Wave2Wave hackathon convened teams from around the world to develop a model that can forecast water levels in reservoirs that feed into the city of Bangalore.

Better data will help stakeholders such as city water managers and energy planners anticipate risks in the water-energy system and make improved decisions when complex water-usage trade-offs between human consumption, power generation and agriculture come into play.  This will also help India ensure a more efficient and equitable use of its water resources, while transitioning to sources of energy that are not only more water-prudent, but also less polluting.

A more water- and energy-secure future in India

Of course, technology is only a piece of the puzzle in a water-energy system that is complex and adaptative. Access to transparent data and reliable forecasts will have their highest impact if they’re contributing to a set of policy, behavioral and investment changes that seek a water- and energy-secure future. It is imperative that policymakers, water users, communities, investors, technology developers and others work together to usher in India’s clean, just and water-wise energy transformation.