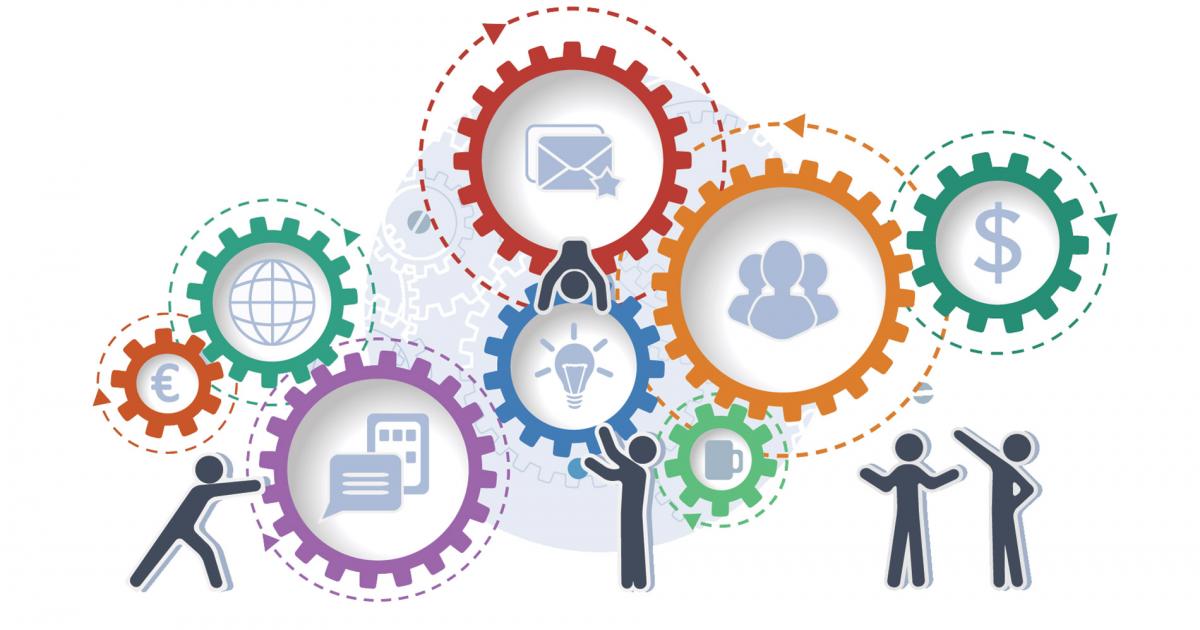 I was gobsmacked by the response to my recent attempt to define what “system change” actually means. Not necessarily by the number of responses, although there were plenty, but by the depth and breadth of many of them: paragraph after annotated paragraph, with multiple links and attachments. Some of it was over my head, a mélange of philosophy, physics and polemic. All of it was thoughtful, as GreenBiz readers nearly always are.

First, a recap: In my Aug. 16 column and newsletter, I described my quest to better understand what people mean when they refer to “system change,” a term that appears to be in increasing usage. Mine was an admittedly quixotic exercise, attempting to convey something so complex and nuanced — and in just over 2,000 words. The response suggested that I’d struck a nerve, posing a question that many others also had.

At the end of the piece, I asked for examples of companies that had “tried and succeeded — or tried and failed — to change a system” as well as “resources, especially those aimed at non-experts” that readers recommended.

The responses I received were enough, literally, to fill 10 weekly columns. Thank you for that. I’m going to share some of it here — a mere smattering — in the hopes you’ll find it as enlightening as I did. (Note that some quotations have been lightly and lovingly edited for readability.)

Several correspondents underscored the need to better understand systems, and the nodes and links that connect them.

“It’s absurd that everyone talks about change, innovation, the need for new solutions and so on,” wrote Nico Olivieri, a professional coach as well as director of engagement for Battery Tour, aimed at “disrupting the music industry by showing how to make it more sustainable.” “And (almost) nobody ever puts the spotlight on how these things actually work. I mean, what’s the nature of change? What is innovation actually made of? And where do new ideas and solutions come from? It sounds so simple that we completely forgot to take the time to learn about how we work.”

It occurred to me that a significant system change is happening that you may not be aware of.

One organization that seems to be taking the time is Anthesis, the boutique sustainability consultancy. “This issue of systems is live for us, as we are thinking about the ‘system of systems’ associated with different aspects of sustainability, helping organizations to bend their heads around the complexities as they try to do the right thing in one space only to find negative impact in another,” wrote Tobias Parker, one of its directors.

“An example of personal interest,” he continued, “is the decarbonization of the electricity system leading to rare earth metals price rises, which makes deep ocean mining commercially viable with potentially negative consequences to life and livelihoods associated with the oceans.”

That’s the multiple connection, systemic view that’s been missing in so many sustainability conversations and initiatives: The upstream and downstream consequences, intended and otherwise, of the choices we make, including the impacts on lives and livelihoods, as Tobias pointed out.

Tobias’ mention of the “system of systems” was another theme. “Different systems are nested within and across levels, depending on the scope of one’s inquiry,” wrote Liz Sidiropoulos, a senior lecturer at the Monash Sustainable Development Institute in Melbourne, Australia.

“These can relate to socio-technical subsystems such as water, energy, transport, waste, etc., that occur within and across wider domains such as institutions, culture, economy, ecology and extend up to the larger societal systems that could be scaled at the regional, national or international level. So, ‘system’ is what we ‘look for’ but it is always complex, extending beyond an individual organization and requires more than incremental changes to transform.”

We’ll come back to the topic of incremental versus system change in a moment.

Several readers responded to my request for examples of system change.

“After reading your thorough essay on system change, it occurred to me that a significant system change is happening that you may not be aware of,” wrote Paul Scott, an electric vehicle pioneer going back to the first-gen Toyota RAV4 EV, in 2002. These days, he wrote, are largely devoted to “electrifying everything and cleaning the grid.”

Not surprisingly, he pointed to the nations and states around the world that are phasing out internal-combustion engines as an example of a system change happening in real time.

“There are many implications,” Scott noted. “We fought two wars in Iraq over oil. According to a RAND study, the U.S. spends about $80 billion per year on military protection of oil throughout the world. This is exclusive of wars. What justification will the military have if oil loses its strategic value? Will we be able to scale down the defense budget, especially with a more progressive Congress?” Another worthy connect-the-dots consideration.

Susanna Carson, CEO of Bsibio, which makes compostable packaging, similarly pointed to Tesla as an example of systemic change, calling it the “well-financed model — where a visionary pays the full bill to build a new system to replace the old without asking the old guard what they think.” Tesla CEO Elon Musk’s billionaire tech bro Jeff Bezos, who built Amazon, may be in a similar category.

Old systems will not go quietly if they are still profitable. (Why would we expect them to?)

But there’s another model, Carson noted — “the slow build, grassroots model where the public starts the change by supporting one small tangible part of a systemic change, and then all the players (new industry and old, industry and policymakers) go to battle to see who gets to drive the rate, direction and design of systemic change.

“My world has been the latter. That vision is essential to push through the resistance put up by the status quo. Old systems will not go quietly if they are still profitable. (Why would we expect them to?) In changing systems, pilot projects show us what can be done, and communicating the bigger vision helps us build the critical mass to overcome the resistance. Vision is not all we need but it is what keeps us from quitting when the work gets hard.”

There were other examples of systemic change. Stuart Dalheim, vice president and corporate engagement strategist at investment firm Calvert Group, suggested the B Corp movement “or others like it that seek to change the basic understanding of what success within a company looks like.”

F. J. “Sonny” Maher, who owns a sustainability consulting firm called Verasiti, made a detailed case in favor of the ISO standards for management systems, such as ISO 45001, which covers occupational health and safety, as a systemic change agent.

“ISO has its own definition of a management system that includes these concepts: elements, interactivity, policies, processes and objectives,” key components for understanding and changing systems, he wrote. “I would offer that ISO management systems are an excellent diagnostic tool to understand what system change looks like in the world of sustainability.”

I doubt Jeff Wilson, who works at NSF International, would agree. “System change comes from reconceiving, reimagining all that linear, chain-based activity into a network or web concept,” wrote Wilson, who said he’s devoted considerable effort in understanding sustainability in textile systems. “Pretty much everything we do is simply tweaking our linear, chain-based model that is so deeply embedded in the system, and as a result we will continue to see marginal impacts with little scale, which we all agree to date is pretty much what we’ve got.”

Or, to paraphrase designer and architect Bill McDonough, improving the efficiency of a bad system only means you’re being bad more efficiently.

Finally, here are three resources suggested by the writers and commenters:

Making toast! Despite the complexities of system change, sometimes the simplest examples are our bread and butter.

I invite you to follow me on Twitter, subscribe to my Monday morning newsletter, GreenBuzz, from which this was reprinted, and listen to GreenBiz 350, my weekly podcast, co-hosted with Heather Clancy.

Episode 300: Larry Fink’s CEO missive; no small potatoes
Netflix and Microsoft show that video gaming has become too big for tech giants to ignore
This is what big companies want from car and truck makers in EVs
Why scientists are racing to develop more COVID antivirals
Tesla launches new financing option for Solar Roof with lower monthly payments