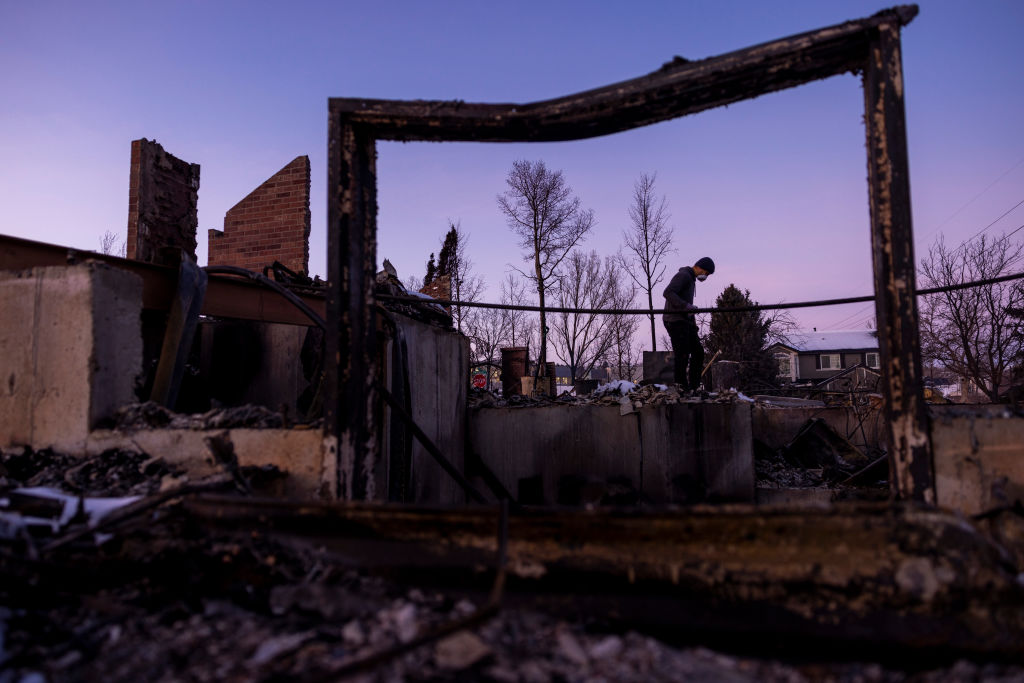 According to local media, one missing was a 91-year-old widow whose family had been trapped by the advancing flames. 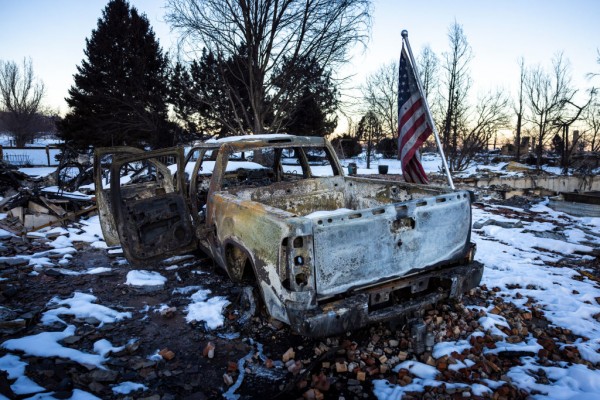 (Photo : Photo by Michael Ciaglo/Getty Images)
n American flag is shown affixed to a burned truck in a neighborhood decimated by the Marshall Fire on January 2, 2022 in Louisville, Colorado. Officials reported that 991 homes were destroyed, making it the most destructive wildfire in Colorado history.

Hundreds of homes were destroyed, and thousands of people were forced to leave due to the fire that spread across multiple towns.

Sheriff Joe Pelle of Boulder County had previously stated that it was unlikely that any missing people would be discovered alive. However, one individual had been located safe and sound.

The wildfire-ravaged Boulder County, burning at least 1,000 houses and businesses. It began in arid conditions and was partly brought under control due to snowfall.

Snowfall of more than 10 inches (25cm) has blanketed the Boulder region, complicating attempts to locate people who have gone missing.

Images showed unsettling vistas of burnt structures covered beneath a blanket of snow. Residents displaced by the wildfire are coming to grips with what occurred, with some returning home to discover their homes destroyed.

Jessi Delaplain, who lost her house in the fire, told CBS, “I feel like I made it out with my life, and that’s I guess the most important thing.”

“I grabbed myself and my cats, which was no easy thing to cram into the car, and I pulled out of the driveway to find flames encircling us.” The cause of the blaze is still being looked into.

Unlike hurricane seasons and monsoons, the start of the North American wildfire season is not set in stone. Historically, wildland firefighting resources, including men, trucks, helicopters, and airplanes, have been shared between Canada and the United States.

Both nations’ wildfire response strategies have been built around having access to supplies from their neighbor. However, both countries were unable to exchange resources this year as they battled numerous wildfires within their borders at the same time, revealing the flaws in their strategies.

Officials throughout the continent heeded the warnings and advised communities and individuals to prepare for a challenging summer ahead, which proved true in many locations. Multiple governments in Colorado, Oregon, Nevada, Washington State, and Western Canada (including Manitoba, Saskatchewan, Alberta, and British Columbia) have issued warnings about potentially catastrophic fire conditions that might surpass last year’s devastating wildfire season.

Droughts afflicted much of the continent, including Western Canada, the majority of the Western United States from the Pacific to the Midwest, and practically all of Mexico.