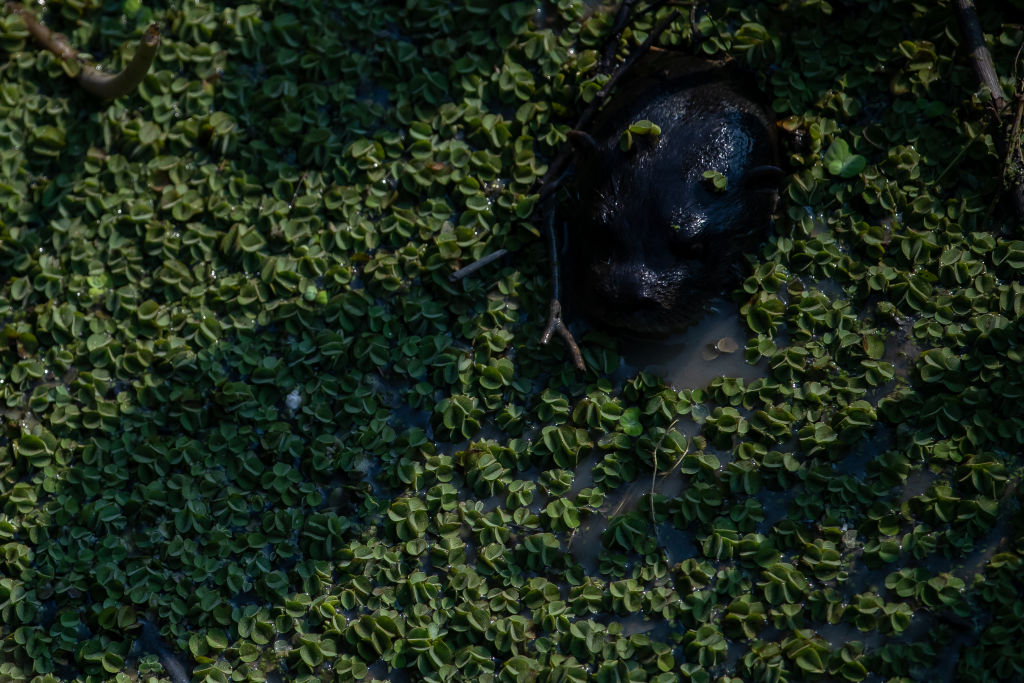 An appearance of a wild giant river otter on the Bermejo River in Argentina surprised conservationists of Fundación Rewilding Argentina, having feared that these river otters have gone extinct in the country due to loss of habitat and hunting activity in north-east Argentina’s Chaco province.

Sebastián Di Martino, director of conservation at Fundación Rewilding Argentina was kayaking in the river of the Impenetrable national park when he saw the giant otter reared up with its white chest. He described the moment as an incredible feeling seeing an endangered animal on the Bermejo where none of it have been sighted for more than a century.

“I was incredulous, an incredible feeling of so much happiness. I didn’t know if I should try to follow it or rush back to our station to tell the others,” he exclaimed.

Possible Explanations for the Otter’s Return

Pteronura brasiliensis or giant river otters are naturally huge. They can be as long as 1.8 metres long and are said to be ‘trusting and curious’. Adult otters weigh over 30kg and live in lentic freshwater rivers, lakes and creeks and occasionally seen in agricultural canals, although they prefer sloped river banks with overhanging vegetation.

However, they had faced extinction globally. In the rivers and wilds of Argentina, they were last sighted way back 1980s.

Di Martino explained that there are two simple explanations for its return. One is that the otter came from a known population of giant otters in Paraguayan Pantanal which is over 1,000km away from Bermejo.

The second possibility is that there are small surviving group of their species somewhere in Argentina that is undiscovered. The Pteronura brasiliensis typically lives in family groups of 5-8 individuals.  Di Martino assumes this particular one seen recently came from a certain group.

The Impenetrable national park consists 128,000 hectares (316,000 acres) of native forest and waterways which largely provided a notable biodiversity in one of the world’s most endangered ecosystems, the Gran Chaco forest.

The lone otter’s reappearance in the river could mean if protection of wild natural areas is bolstered, endangered animals returning and thriving again is a wide possibility.

Also read: 5 Disturbing Facts About Sea Otters: They’re Not as Cuddly as They Seem

“Giant river otters, as top predators, exert a regulatory influence in the aquatic ecosystem,” said Di Martino. Otters regulate population of fishes which is healthy for aquatic ecosystems. Their importance is widely recognized by conservationists, in fact, Rewilding Argentina has planned on restoring the otter population since 2018.

“You can bring back almost anything,” said Kristine Tompkins, an American conservationist. As long as the major reasons why these animals thrive to exist have been removed and restoration projects are thoroughly constructed and exercised, the extinction crisis of certain species can be brought to an end.

Tompkins and her team focus on rewilding the America such as creating national parks and repopulate top predators or other species to their native habitats to restore balance. The biodiversity that is in Impenetrable national park can be a model replicated globally. With right supervision and maintenance, humans can contribute to nature’s resilience.

Also read: Rise of Animal Cloning in 2021: Benefits, Risks, and Why It Matters

NASA Shares Stunning Photo of Hurricane Dorian, Says Developing Tech to Study Storms
Forecasters on the Watch: Tropical Development Could Snap into Action in Days to Come
What’s the price of physics history?
Coinbase Pro opens up to dogecoin after cryptocurrency’s 6,000% gain this year
Avoid These 4 Most Terrifying and Deadly Snakes At All Cost!