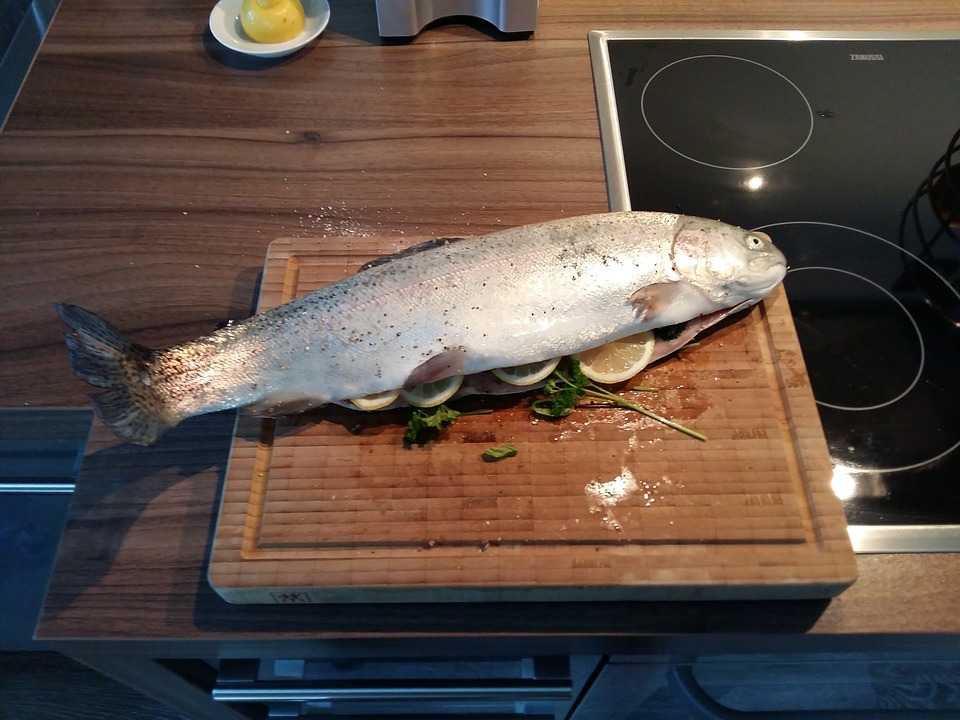 Salmon raised in factory farms and indoor tanks are now trending, with factory farms using inland tanks in the US are an alternative solution against the decreasing stocks of wild Atlantic salmon.

Wild Atlantic salmon have been threatened by polluting textile, saw, and paper mills as well as the dams constructed by the hundreds for power generation. 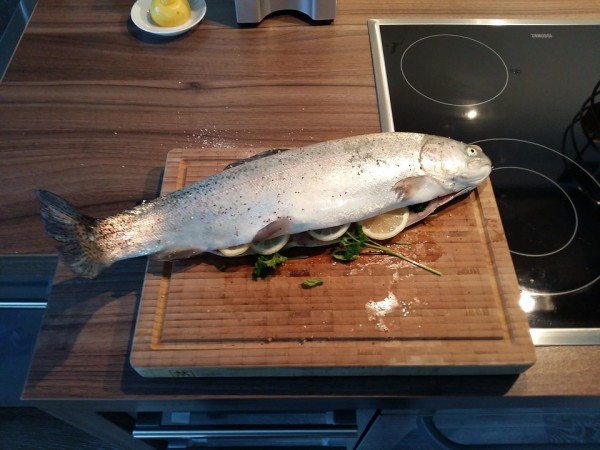 (Photo : Wikimedia Commons )
Salmon raised in factory farms and indoor tanks is now trending, with factory farms using inland tanks in the US are an alternative solution against the decreasing stocks of wild Atlantic salmon.

Open-pen farming of salmon replaced this, although this system is also problematic.

Presently, inland salmon farming is the solution being touted as a solution to the problems of other farming systems. It provides jobs and does not have the problem of escaped fish to pollute existing wild populations.

The Bucksport fish farm is owned by Whole Oceans, and the farm is supposed to produce less pollution and provide jobs.

Meanwhile, Scandinavia has Nordic Aquafarms, which operate in Denmark and Norway. It is also eyeing North California, particularly Belfast, for a new farm. Here, it wants to build the world’s second-largest salmon farm.

RAS or recirculating aquaculture system is a land-based system that does not rely on the ocean. It uses temperature-controlled and fast-flowing water pumped 24/7 into and out of the tanks. For the young, freshwater tanks are provided.

According to Nordic Aquafarms president Erik Heim, they are prepared for unpredictable variables, because it is a new industry with a natural learning curve.

Several environmental groups such as the international conservation organization Atlantic Salmon Federation in Maine welcomed this new technology, due to the unsustainability of the traditional, older open-pen style of farming.

READ ALSO: Marine Reserves Will Protect Species Such as Antarctic Krill From Global Warming and Overfishing

Open-pen farming began during the 1970s in Norway as the means to save diminishing wild Atlantic stocks. It was touted as sustainable, very energy efficient, and a source of inexpensive, high-quality salmon protein.

However, problems emerged immediately, not the least of which is the large volumes of waste from the fishes. It was found to be unsustainable since the fishes were given fishmeal, which is provided by destructive trawlers.

Farmers tried to limit the feeds’ fishmeal content, such as substituting soy. Unfortunately, even non-GMO soy exported by Brazil is unsustainable due to their being farmed in the illegally-cleared rainforest.

The most significant problems in salmon farming are the escaping fishes as well as sea lice infestation.

The farmed salmon have been bred selectively to grow rapidly. They do not have the skills necessary to survive in the wild, unlike wild salmon.

According to Norwegian scientists, only approximately 1.5 million Atlantic wild salmon now remain, of which 500,000 are in Norway.

The NINA or Norwegian Institute for Nature Research estimates that approximately 400 million farmed fishes are in Norway alone, and even a few escapees from these can already devastate wild populations.

Confining salmon by the millions will definitely expose them exponentially to sea lice infestation. So far, the proposed solutions have not been effective.

With land-based salmon farming, these two problems of escapee fishes and sea lice infestation are eliminated.

The problem of carbon emissions

The problem of fishmeal in feeds is being addressed by Nordic Aquafarms by trying out algae oil as a nutritional replacement.

Also, according to Heim, the Belfast operation will produce up to 99% clean water. The company plans to sell the waste to fertilizer companies and biogas to power companies.

An objection has been raised regarding the Maine and Norway operations because they have a higher carbon footprint, while open-pen farming only uses natural ocean energy. RAS farms continuously pump and regulate temperature.

The question still hangs about how this technology of factory farms and indoor tanks for raising salmon will address the issue of carbon emissions.

Check out more news and information on Fishes on Nature World News.