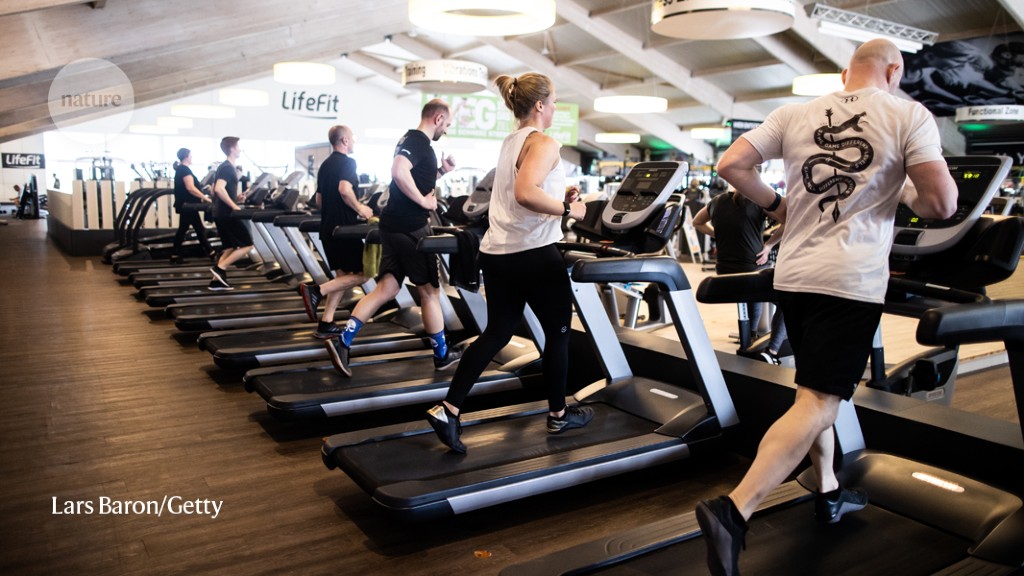 A person’s fitness could one day be assessed by looking at a suite of telltale blood proteins — which could also predict the fitness the person could gain from working out.

As a step towards mapping fitness biomarkers, Robert Gerszten at Beth Israel Deaconess Medical Center in Boston, Massachusetts, and his colleagues sampled blood from more than 650 sedentary adults. The team also measured participants’ maximum oxygen intake — an indicator of cardiometabolic health — before and after a 20-week exercise programme.

Analysis of some 5,000 blood proteins identified 147 linked with baseline oxygen-intake levels and 102 linked with improvements to oxygen intake after the exercise programme. The proteins that were associated with fitness included enzymes that break down sugar and are known to surge in the blood after exercise; proteins linked to bone-building; and some with unknown relevance to exercise physiology.

With better knowledge, the proteins that indicate the blood’s oxygen-carrying capacity could serve as biomarkers for a person’s fitness and future health risks, the authors say.

Tesla is charging owners $1,500 for hardware they already paid for
New York Is 95% Of The Way To Its 6 Gigawatts By 2025 Solar Power Goal
Here’s When You Should Trust Your Gut
Actor Adrian Grenier explains why bitcoin is central to his plan to build a communal farm in Texas
Pool of Bacteria: Microbiologist Explains Why Your Bed is Similar to a Petri Dish