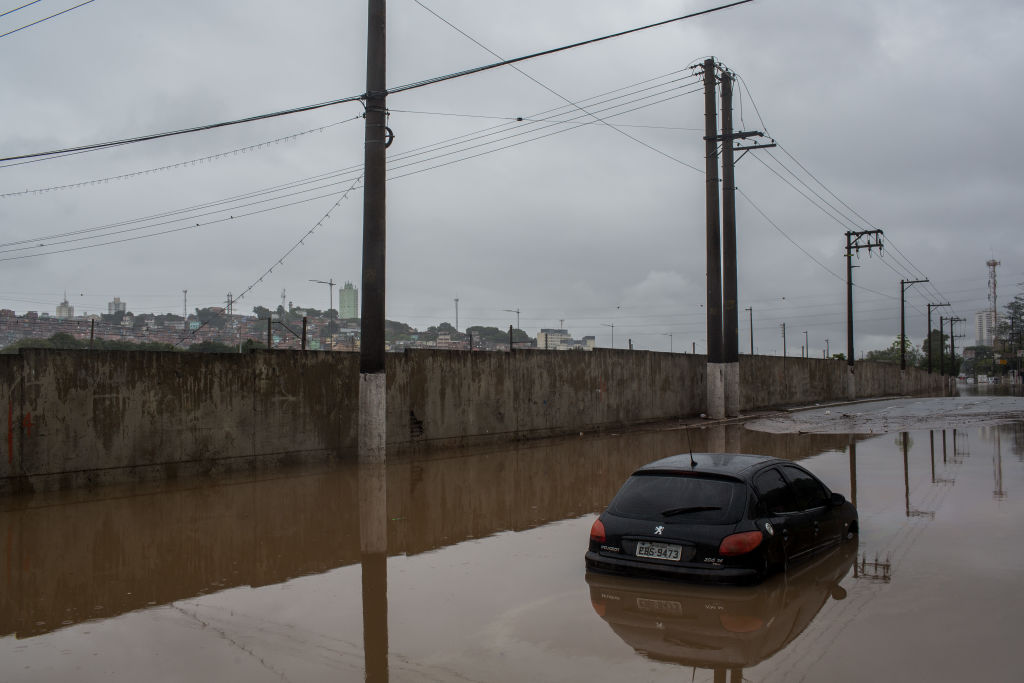 Nearly 40 cities in Brazil encountered a “massive tragedy” as heavy floods hit the northeast region, in which 18 people were dead and 280 injured. 35,000 more were forced to leave their homes in what local authorities are calling the worst flooding in decades.

Weeks of torrential rain caused two rivers to overflow where two dams burst in state of Bahia over the Christmas weekend. As of Sunday, authorities had declared a state of emergency in 72 cities with flood waters reaching as high as 10 meters in the south of state.

“This is a massive tragedy. I can’t remember seeing anything like this in Bahia’s recent history, given the amount of cities and houses involved. It’s truly terrifying, there are so many houses and streets that are completely under water,” Costa said.

10 dams in Bahia are currently on watch by fire fighters across the state as rains are forecast to continue over the next few days.

“It’s a very sad scene,” Bahia Governor Rui Costa said in an address on Sunday. “Many, many homes, city centers have been overtaken by water.”

Among the worst hit is the Duas Ilhas dam ruptured in the Brazilian city of Jussiape on Sunday, rising already swollen rivers and flooding surrounding areas. Jussiape’s Mayor Eder Aguiar says the flooding could primarily be due to climate change.

“We know rain can be seen as a blessing from God but that due to the ecological imbalance that we, human beings, have caused, there can be too much of it, causing serious damage,” Aguiar said. “With great sadness, I was able to witness the rupture of the Duas Ilhas dam, our town’s main source of potable water. This caused a sudden level rise of the Contas River, causing streets in our city to become flooded,” he added.

Risk of Additional Floods and Landslides

The meteorological and natural disaster monitoring agencies in the state warn a risk of additional floods and landslides in Bahia, with the possibility of rainfall continuing until at least Tuesday, according to Agencia Brasil.

In addition, the Brazil National Institute of Meteorology had issued heavy rainfall alerts for nearly all of Bahia. Conditions are expected to improve in the state Monday and Tuesday, CNN meteorologist Robert Shackelford said.

“Widespread rainfall for the next 48 hours is improving slightly, with much of the state seeing up to 50mm, but there are local and isolated areas where up to 100 mm is possible.”

“Most of the major cities that have been hit by flooding are in their rainy season, so downpours are not unusual,” Shackelford said.

“For Itambé, December is their wettest month, which they get about 120 mm of rainfall for the month of December. So, they are forecast to get about two-thirds of a month of rainfall throughout this event,” he said.