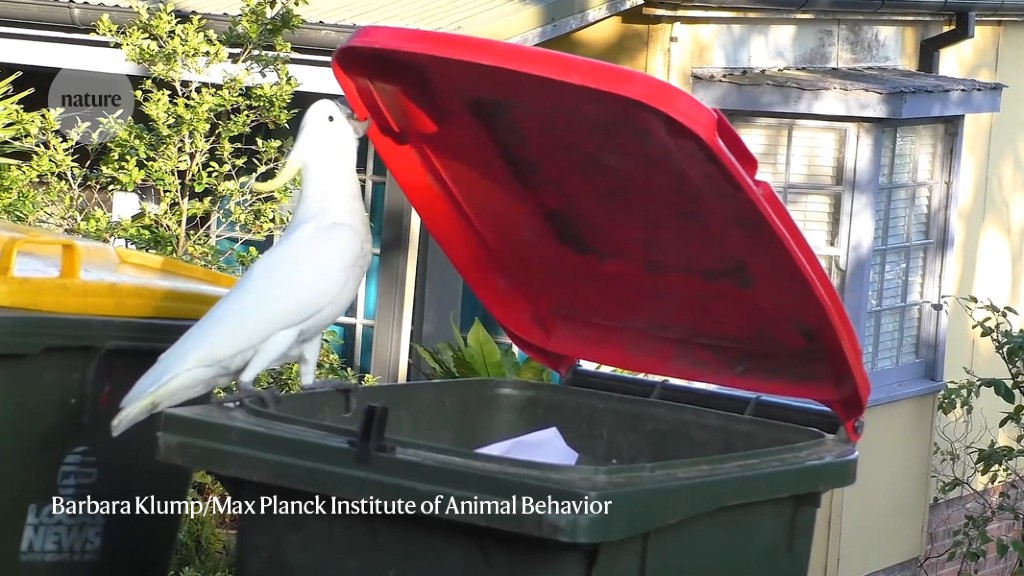 Parrots in eastern Australia have picked up a variety of dumpster-diving techniques by watching their neighbours — the first evidence that these large birds have distinct food-gathering cultures.

Over the last three years, sulphur-crested cockatoos (Cacatua galerita) have been seen flipping open household bins in the suburbs around Sydney to hunt for food in the litter. Barbara Klump and Lucy Aplin at the Max Planck Institute of Animal Behavior in Radolfzell, Germany, and their colleagues surveyed residents in 44 suburbs in the area and compiled reports of cockatoos prying open rubbish bins. Most sightings involved multiple birds.

The authors marked and watched almost 500 birds in 3 neighborhoods. They observed how the parrots shuffled over the bins, and the precise beak and foot movements that the birds used to lift the lids.

Birds in one region tended to have similar sequences of perching and lid-flipping, suggesting that they learned the routine from each other, the authors say. The behaviour probably originated in 3 suburbs and spread to 41 others.