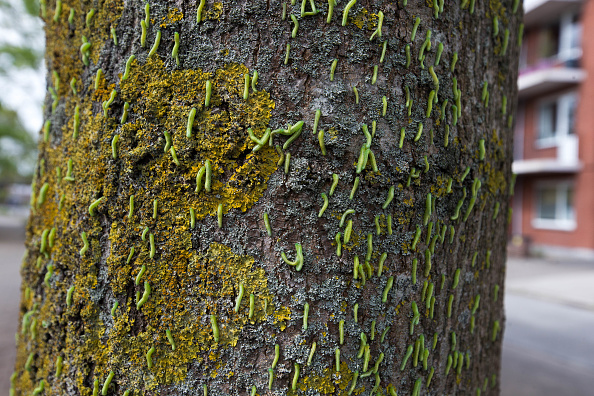 The insects consume so many leaves that research has discovered that the resulting decrease in leaf-fall and increase in caterpillar poop significantly alters the nutrients, specifically carbon and nitrogen, cycle between land and closeby lakes.

Frass, nitrogen-rich insect waste, may wash into lake water and function as a fertilizer for microorganisms.

Basically, these insects are small machines that turn carbon-rich leaves into nitrogen-rich excrement. When poo instead of leaves falls into lakes, the water chemistry changes dramatically, according to Science Alert.

Insect populations are expected to increase and migrate northwards as the climate in the world’s temperate region changes. As a result, future defoliator outbreaks in northern forests might lead to higher emissions of carbon dioxide from surrounding lakes due to increased risk of infestation.

An accumulation of tea-like dissolved organic carbon in lake water is causing lake waters throughout the Canadian Shield to become brown as a result of insect defoliation.

The decline in lake clarity has been linked to a variety of variables, including climate change and the lakes’ recovery from previous acid rain and logging activity.

An epidemic of leaf-munching caterpillars may successfully balance an entire year’s worth of carbon deposition in adjacent lakes, greatly enhancing water clarity, according to a 32-year-long monitoring research.

During the years when leaf-eating insects are absent, decaying leaves and fir needles are the primary sources of carbon and nitrogen that enter lakes. There is a noticeable increase in the number of these inputs in autumn.

As a result of this, during epidemic years, freshwater lakes in deciduous forests had one-third less dissolved carbon or “forest tea” in the water, as caterpillars successfully hold back the passage of carbon.

Safest Places to Isolate Carbon From the Atmosphere

Trees cannot run from insects, but they can generally withstand many strong assaults. Trees in Sudbury’s industrial barrens, on the other hand, don’t fare so well due to all of the additional challenges they endure.

These stressors include soil moisture and organic matter loss, as well as decades of accumulated harmful metal particles from smelters.

As a result, these stressed trees serve as a tasty food supply for caterpillars and other insects, and the landscape is often covered with dead and dying trees on their way to becoming soil.

In previous lab trials, it was demonstrated that feeding L. dispar caterpillars leaves from stressed white birch trees in the industrial barrens caused them to eat more leaves and create considerably more frass, which improved plant growth in soil that had received this poo rain.

Yes, insects are wreaking havoc on the ailing trees near industrial areas. The true winner, though, is the improved soil condition.

This study demonstrates that these voracious caterpillars are now playing unexpectedly substantial roles in modifying critical characteristics of the global carbon cycle, but humans also conceive of them as small plows that may help repair damaged soils.

Related Article: Caterpillars Are Growing up Faster Than Usual, Experts Are Blaming Streetlights

Elon Musk Had This to Say on NASA’s Launch of Planetary Defence Mission DART
Change is coming for Space Force procurement organizations
Bluetti’s solar generators are on sale for hundreds of dollars off for Black Friday
Ford likely to have more EV sales than ‘all in’ GM for 2021, analyst concludes
Biden taps former Air Force procurement official LaPlante to run Pentagon acquisitions