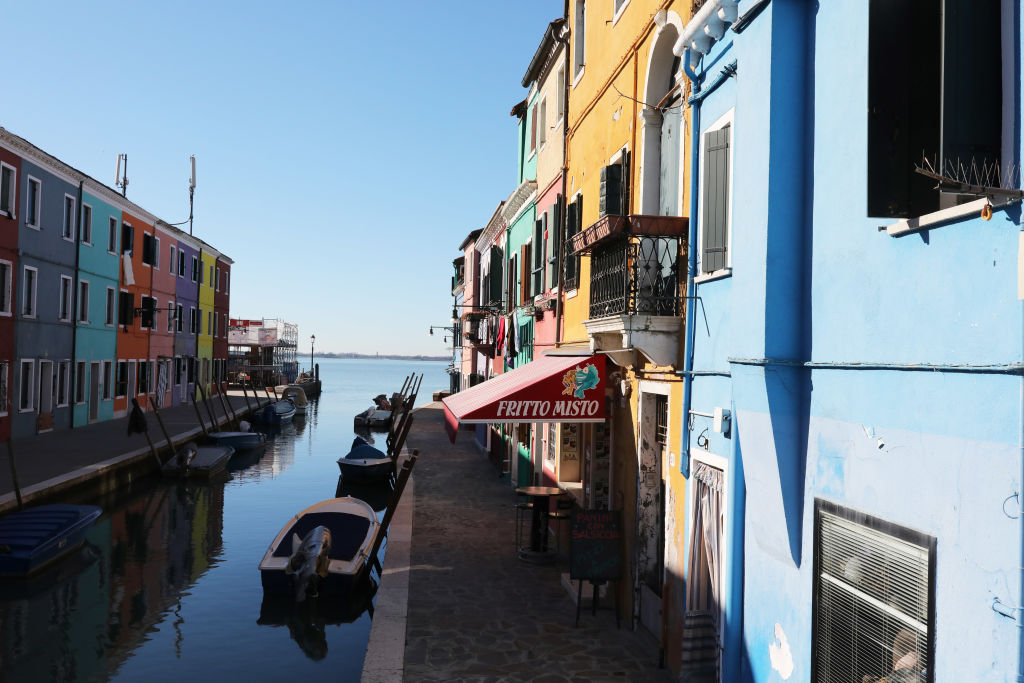 Italy is known for a handful of cities with a strange closeness to water. Whether it is the Floating City of Venice or the underwater site of Baiae, tourists have come from all over to see these historical urban wonders.

However, smaller yet no less significant underwater towns also exist in the countryside. Back in April, the lost medieval town of Curon had resurfaced as the reservoir in Lake Resia underwent some major repairs.

Beyond Curon’s lonely tower on the lake

During any other time of the year, the only thing that could mark out the place where Curon once stood was a single bell tower just close to the lake’s center. Its official name was the Church of Santa Caterina d’Alessandria and was said to have stood since at least the time when the Black Plague began to spread around Italy.

Then, in the 1950s, Italy experienced a dramatic post-WW2 recovery that was somewhat similar to Japan. Standards of living rose, particularly in northern parts of the country (including the South Tyrol region, where Curon was located).

Sadly, those same booming developments led to the construction of a hydroelectric dam that required the entire area to be flooded. This resulted in a highly unpopular and controversial forced transfer of all the town’s inhabitants. Today, their descendants still live in a nearby town that bears the same name.

Normally, everything save the bell tower lies at least 20 meters underwater. The tower itself is a popular tourist destination, and can only be done either by boat or on foot during winter (if the ice was strong enough). But because of the reservoir repairs, visitors are offered a rare glimpse of what the town must have been like 70 years ago. Some of the ruins of bombed buildings are still intact while local historians have taken it as a chance to search the area for artifacts that can be displayed in the local museum.

The submerged cities of Italy

The fascination with Italy’s submerged cities can be credited to the discovery of Baiae. Once a popular resort city of Ancient Rome, it was known far and wide as a city of opulence and ocean-side merrymaking.

It housed many villas owned by the Republic’s ruling and intellectual elite (including Nero Claudius, Julius Caesar, Cicero and Virgil). At least three major temples were also located here and was considered a thriving center of commerce well into the fall of the Roman Empire some time during the 8th century. Today, much of Baiae now lies under water as volcanic activity beneath the land itself had caused it to sink slowly below sea level.

Incidentally, this sinking phenomenon has also been observed in Venice. Over the last century, it has been estimated that Floating City has actually sunk nine inches. (Although unlike Baiea, this sinking may have more to do with the marshland composition of its foundations rather than volcanic activity). Some experts are even concerned that rising sea levels from global warming put it at considerable risk. Still, until then, there remains something to be admired in urban landscapes seen above and below the water.