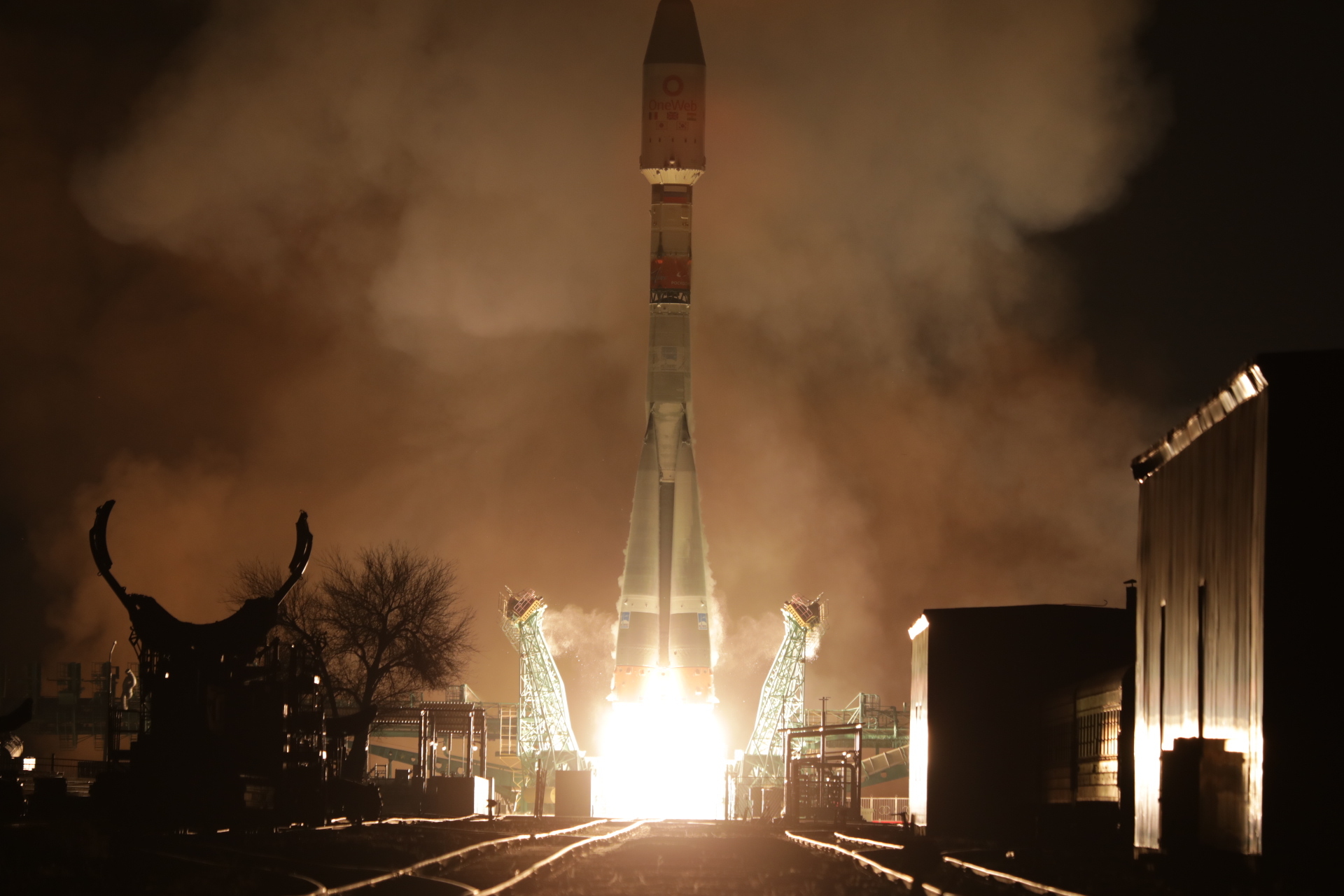 TAMPA, Fla. — Arianespace completed its last mission of the year Dec. 27 with the launch of 36 satellites for low Earth orbit broadband operator OneWeb.

OneWeb’s latest batch of satellites launched on a Soyuz 2.1b rocket at 8.10 a.m. Eastern from the Baikonur Cosmodrome in Kazakhstan.

We are thrilled to have ended the year with another successful launch, with contact received from all 36 satellites. We have now launched over 60% of our constellation!

Thanks to all our team and distribution partners for a great year!https://t.co/jn9YhCSlJe pic.twitter.com/vue4UBQW4I

The U.K.-headquartered startup said it has made contact with all satellites after they were released from the rocket’s Fregat upper stage, following nine separation sequences over the course of nearly four hours from liftoff.

It will now take a few weeks for the spacecraft to raise themselves to an operational altitude at 1,200 kilometers, where they will expand OneWeb’s network from 358 to 394 satellites, or more than 60% of its planned 648-strong constellation.

It is the eighth mission Arianespace has completed for OneWeb this year with Soyuz rockets: three from Baikonur Cosmodrome and five from the Vostochny Cosmodrome in Russia. Following manufacturing and launch vehicle integration improvements, it is also the first time a Soyuz rocket delivered 36 satellites from the Baikonour Cosmodrome, instead of the usual 34 from Kazakhstan.

The mission comes just days after Arianespace successfully completed the long-anticipated launch of the James Webb Space Telescope (JWST) Dec. 25, which lifted off on an Ariane 5 rocket from Kourou, French Guiana.

SpaceX launched its Falcon 9 rocket for the 31st time this year Dec. 21, easily beating SpaceX’s previous record of 26 launches in a calendar year that it set in 2020.

Arianespace expects to launch the remaining satellites for OneWeb’s initial constellation next year to enable global services. The startup is currently conducting network tests in Alaska.