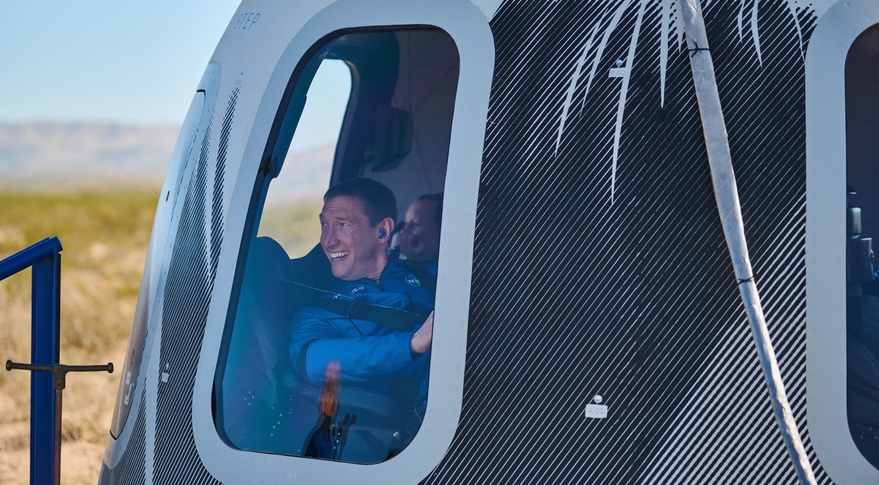 Glen de Vries was one of two people on a Cessna 172 aircraft that crashed in New Jersey Nov. 11. New Jersey State Police confirmed Nov. 12 that both de Vries and Thomas Fischer, the other person on the plane, died in the crash. It wasn’t clear who was at the controls of the plane; de Vries was an instrument-rated private pilot while Fischer was a flight instructor.

De Vries was one of the four people on Blue Origin’s NS-18 flight Oct. 13, the second time the suborbital vehicle carried people. He was joined by the flight by actor William Shatner, Planet co-founder Chris Boshuizen and Audrey Powers, a Blue Origin vice president.

“We are devastated to hear of the sudden passing of Glen de Vries,” Blue Origin said in a Nov. 12 tweet. “He brought so much life and energy to the entire Blue Origin team and to his fellow crewmates. His passion for aviation, his charitable work, and his dedication to his craft will long be revered and admired.”

“I am saddened to learn of the passing of fellow space explorer Glen de Vries,” tweeted Boshuizen. “I take some small consolation in knowing he fulfilled his life-long dream, and lived his life to the fullest.”

“Such a tragic loss,” wrote Jeff Bezos, founder of Blue Origin, in an Instagram post. “Warm and full of life, Glen made us laugh and lit up the room. He was a visionary, and an innovator – a true leader.”

De Vries paid an undisclosed amount to be on the flight. He founded Medidata Solutions in 1999, a company that developed a widely used clinical research platform. Dassault Systèmes acquired Medidata in 2019, and he became the company’s vice chair of life sciences and healthcare.

“I’ve been passionate about aviation and space for as long as I can remember, so this flight is truly a dream come true,” he said in a Blue Origin statement Sept. 27, when the company announced that he and Boshuizen would be on the flight.

In a post-flight interview with Carnegie Mellon University, where he served on its board of trustees, he described the experience, including both the view from the edge of space as well as weightlessness. “I had that heightened sense of time in my mind starting from the countdown. I think I’ve taken that perspective back down with me to our planet, and into my relationships,” he said. “The passage of time, just like the resources on Earth, feels more precious with expanded perspective.”

He said in that interview that while he wanted to go to space again, he also desired to be an advocate for commercial spaceflight. “I feel even more passionately about this than I did before the flight, and plan to make advancing the democratization of space part of my mission for the balance of my life.”