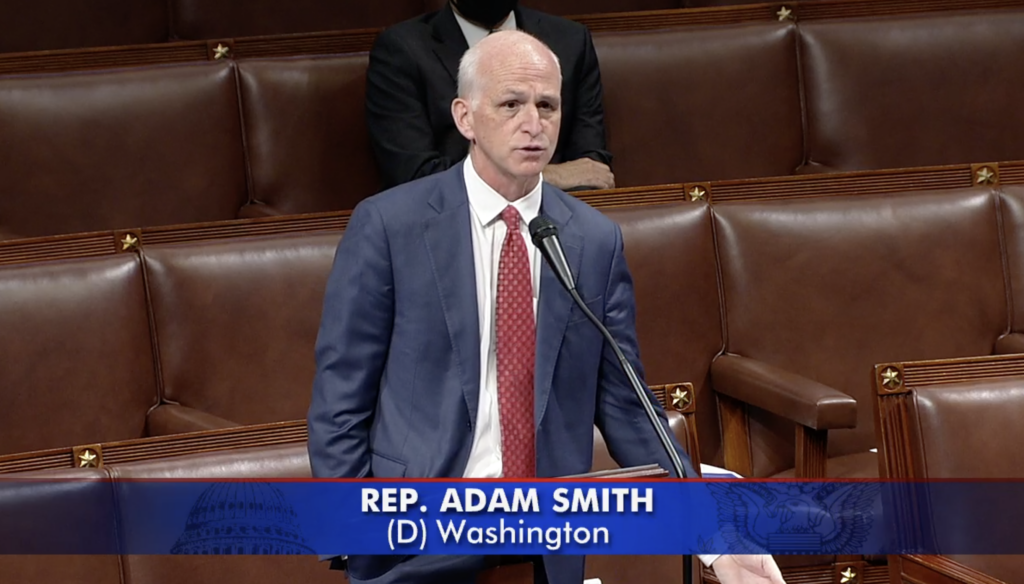 The overwhelming vote is more than the two-thirds majority needed to thwart a presidential veto.

WASHINGTON — The House on Dec. 8 approved the conference report of the National Defense Authorization Act for Fiscal Year 2021 by a vote of 335 to 78.

Next comes a Senate vote this week and a likely presidential veto. President Trump has threatened to veto the 4,500-page NDAA because it does not repeal longstanding legal protections for social media companies.

The overwhelming vote is more than the two-thirds majority needed to thwart Trump’s veto.

Chairman of the House Armed Services Committee Rep. Adam Smith (D-Wash.) said the vote sends a “strong, bipartisan message to the American people: Our service members and our national security are more important than politics.”

Smith said he is confident there is enough support for this bill in the House and the Senate to override a potential veto so the NDAA can be passed before Jan. 2, when the lame-duck session of the 116th Congress ends.

The White House in a statement of administration policy issued Dec. 8 said the president will veto the conference report because it does not repeal Section 230 of the 1996 Communications Act which shields online companies from legal liability for content posted by users. The president also objects to provisions to rename military bases that honor Confederate officers, and opposes language that restricts his power to use military construction money for other projects.