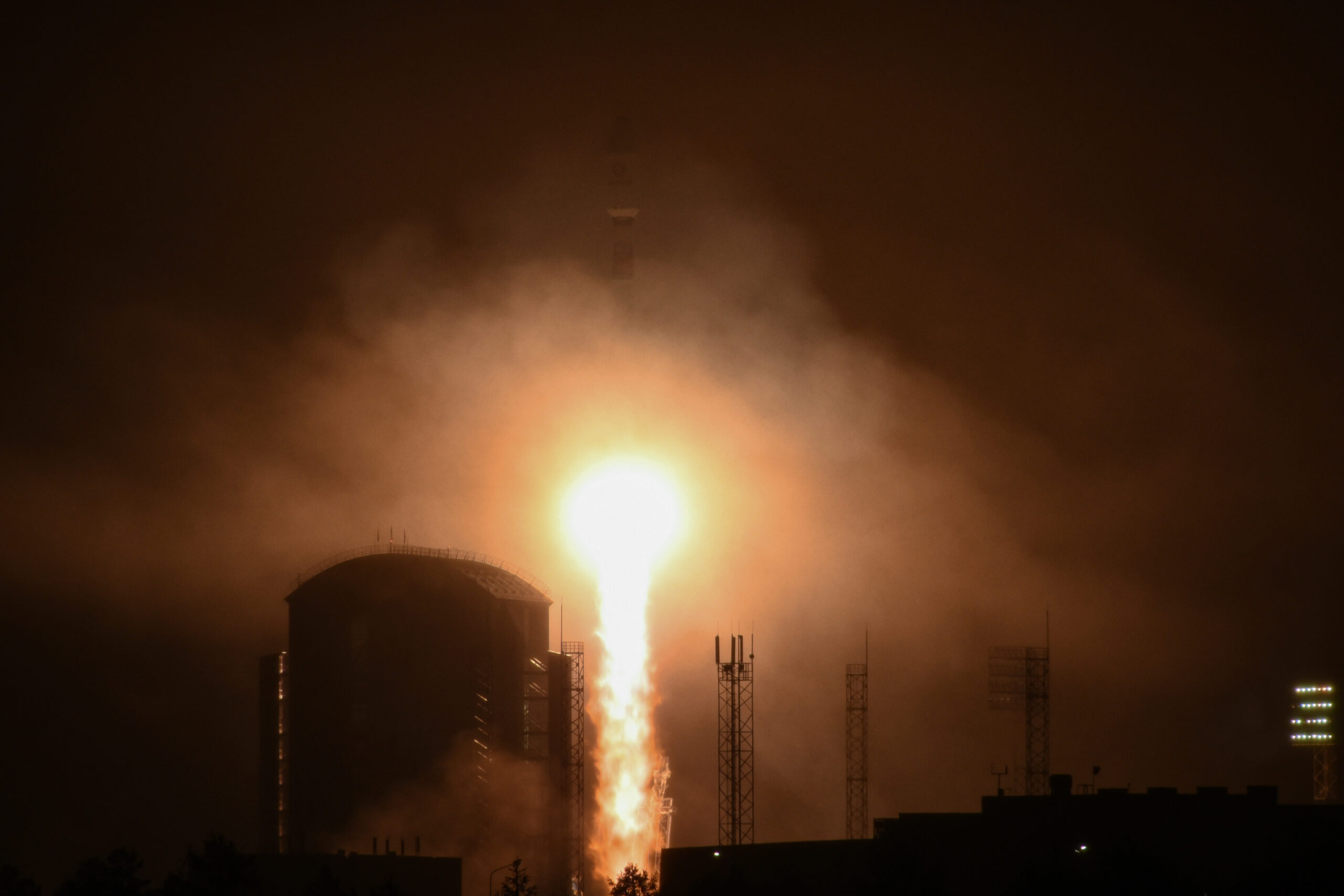 TAMPA, Fla. — OneWeb’s broadband constellation is set to pass the 200th mark after Arianespace successfully launched its latest batch of satellites May 28.

Arianespace launched 36 satellites on a Soyuz-2.1b rocket 1:38 p.m. Eastern from the Vostochny Cosmodrome, in Russia, which will enlarge OneWeb’s fleet to 218 satellites.

The mission was initially scheduled for May 27, but Arianespace delayed it to replace “one item of electrical equipment on the Soyuz launcher” at the launch site, adding that the rocket and satellites were in a stable and safe condition.

The satellites lifted off without issue around 24 hours later, targeting a near-polar orbit at an initial altitude of 450 kilometers. They will raise themselves to an operational orbit, around 1,200 kilometers, after separation sequences lasting three hours and 51 minutes following liftoff.

It is the seventh launch mission for U.K.-headquartered OneWeb, which plans to operate 648 satellites in total for global connectivity coverage.

However, just one more launch of 36 satellites — slated for June — is needed for it to meet an interim goal of expanding coverage north of 50 degrees latitude.

That would enable it to start offering services in the U.K, Northern Europe, Greenland, Iceland, Alaska, Canada and the Arctic Seas later this year.

“We’re thrilled that our latest batch of satellites is now bound for orbit,” Chris McLaughlin, OneWeb’s chief of government, regulatory affairs and engagement, said in an emailed statement to SpaceNews.

“Every time we achieve lift-off is a special moment for OneWeb and our entire team of partners. Each launch brings us one step closer to building out the fleet that will soon let us bring connectivity above the 50th parallel, and next, the world.”

Stuck in the middle

OneWeb recently became the center of a tussle between French satellite operator Eutelsat and the European Commission.

Eutelsat wants to buy 24% of OneWeb but also has a contract — as part of a consortium — to study a new satellite broadband constellation for the European Union.

EU commissioner Thierry Breton, whose portfolio includes space, suggested in a May 24 call with reporters that there could be a conflict of interest because of “direct competition” between the two projects.

Eutelsat spokesperson Marie-Sophie Ecuer told SpaceNews that it does not see a conflict of interest because the two projects have different objectives, and Europe’s sovereign network is significantly farther from launch.

OneWeb has not commented on the matter.