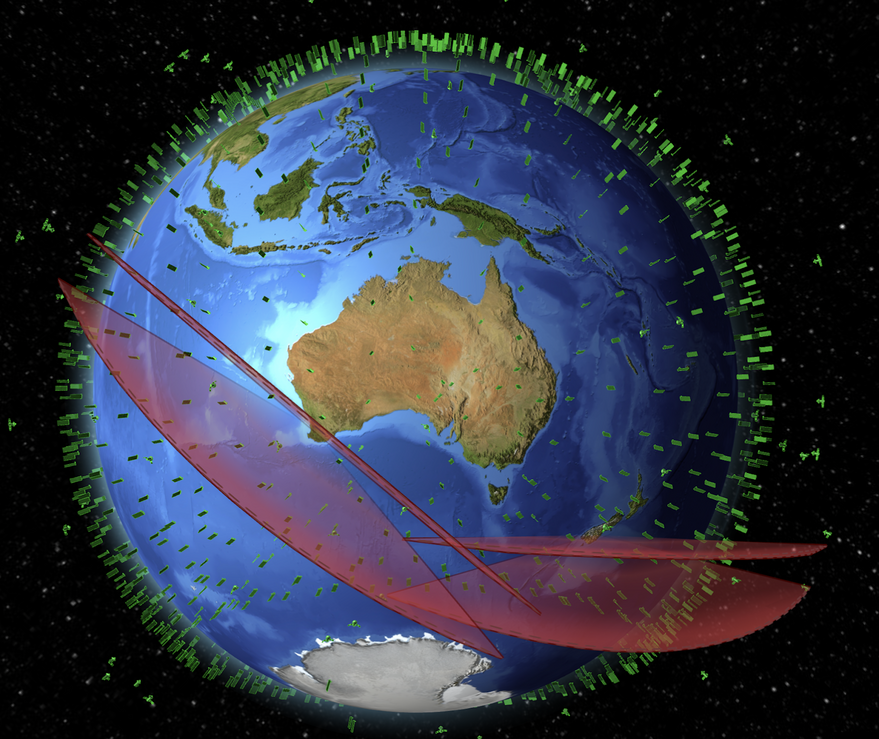 Darren McKnight: The problem are not commercial megaconstellations but a failure to deal with existing debris

WASHINGTON — The United States is a space superpower but is not doing as much as other nations to solve the problem of orbital debris, an industry expert said Jan. 6.

Darren McKnight, senior technical fellow at LeoLabs and member of the International Academy of Astronautics’ Space Debris Committee, said initiatives by the U.S. Space Force to fund debris cleanup technologies are laudable but not nearly enough to address what is becoming a serious threat to the space business.

LeoLabs is a private company based in California that uses ground-based radars to monitor low Earth orbit.

“I love the fact that that Space force said ‘yes, we’re concerned about picking up debris.’ But I will tell you the U.S. is woefully behind the rest of the world in this area,” McKnight said on a webcast hosted by the University of Washington Space Policy and Research Center.

Unlike other countries, the United States is tackling the debris issue as a long-term problem that is decades away, he said. In reality, the risk of satellites colliding with debris objects — and debris-on-debris collisions that create even more space junk — is increasing rapidly and could soon begin to impact the industry’s ability to operate satellites reliably.

“It’s embarrassing to me hearing people talk about the need for active debris removal and the need for debris mediation as if it’s something that’s going to be decades out,” said McKnight. “The European Space Agency and Japan’s space agency are way ahead on those sorts of things.”

The European Space Agency awarded ClearSpace a $104 million contract to launch a mission to remove a debris object from orbit in 2025. The Japan Aerospace Exploration Agency (JAXA) selected Astroscale to send a spacecraft into orbit in 2023 to inspect a discarded rocket upper stage, a step that would pave the way for a debris-removal  mission.  Astroscale also signed an agreement with New Zealand to study advanced concepts for orbital debris removal. And it won a contract from the U.K. Space Agency to study the removal of two defunct satellites from low Earth orbit by 2025.

“You don’t have any of these companies in the U.S. doing things right now because it’s sort of seen as something we can worry about decades later. We need to worry about it now,” said McKnight.

Active satellites not the main concern

In the United States, the focus of space traffic management are operational satellites and making sure they don’t collide with each other or get hit by debris, said McKnight. But not enough attention is paid to debris management, he added.

Dead payloads, abandoned rocket bodies or pieces of fragmentation debris are flying out of control and likely to collide, McKnight said. “Two thirds of the debris generating potential in low Earth orbit does not come from space traffic management. It comes from space debris management, it comes from preventing big, dead things from hitting other big dead things.”

Sometimes remediation doesn’t mean removing, but just making sure it doesn’t collide, he said. Some rocket bodies orbiting the Earth are huge, weighing about 9,000 kilograms. “They’re big yellow school buses without brakes and without a driver,” said McKnight. “There isn’t a single company right now that is planning to bring down a 9,000 kilogram object.” An option in this case would be to “nudge it out of the way.”

Some of the scariest altitudes in low Earth orbit are from 750 to 850 kilometers where there are numerous Russian, Chinese and U.S. dead satellites that have been abandoned over several decades. “This is a uniquely ironic, collaborative effort by the three major spacefaring countries to muck up this altitude significantly,” said McKnight. All three nations “had done a great job of cooperating on messing up a very important part of low Earth orbit.”

Another problematic altitude is between 1,400 to 1,500 kilometers where there is not enough atmospheric drag to help bring down debris. At 500 to 600 kilometers, atmosphere drag will wash out debris even if it takes 10 to 20 years.  “At 1,400 kilometers, it’s there for centuries.”

When people talk about the potentially catastrophic effects of debris they think of the Kessler syndrome, or a cascade of collisions in LEO caused by the density of debris. That may be way into the future, said McKnight. “When I think of catastrophic is when it starts to affect the industry’s bottom line and people have to change where they put satellites. And we’re not far from that.”

McKnight said commercial mega-constellations like SpaceX’s Starlink or OneWeb are criticized for compounding the congestion in LEO but these companies should be seen as victims that are increasingly at risk. “Old abandoned massive objects pose greater risk than smaller, more agile constellations,” he added. “Many of these satellite operators are working with mitigation guidelines and operational procedures that are much more stringent than any government guidelines. They’re being safer than what the government’s asking them to do. But they are going to likely have some difficult times in the near future because of debris objects.”

U.S. Space Command currently tracks about 35,000 debris objects, 70% of which are in low Earth orbit. LeoLabs tracks softball-size and larger objects. McKnight said there are anywhere from 500,000 to 900,000 smaller items that currently are not tracked and “we just cross our fingers and hope we will not be hit by.”

Why scientists are racing to develop more COVID antivirals
RUAG Space agrees AI partnership for satellite supercomputer
FTC Chair Lina Khan says agency won’t back down in the face of intimidation from Big Tech
Oil prices are at a 7-year high, but Exxon CEO Darren Woods is confident they will trend lower.
Cryptocurrencies tumble, with bitcoin falling 15% and ether down 20%