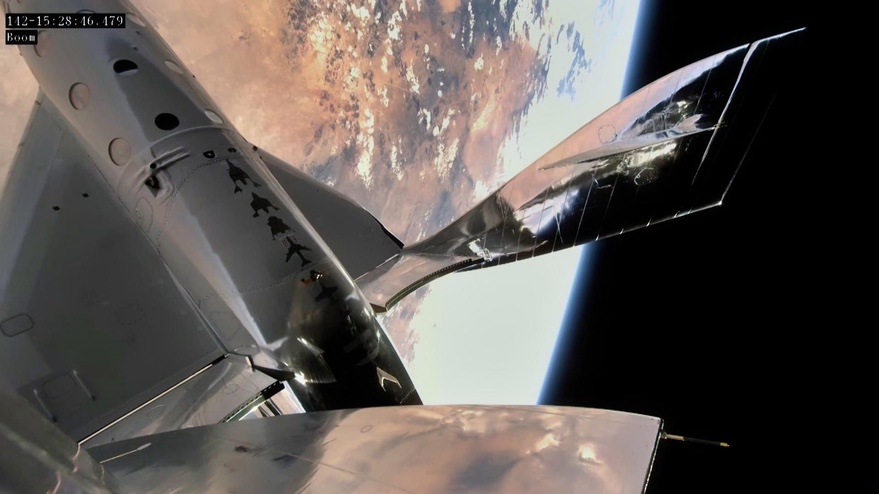 WASHINGTON — Virgin Galactic has signed an agreement to fly a private researcher on a future suborbital flight, part of efforts diversify its business beyond space tourism.

Virgin Galactic announced June 3 that Kellie Gerardi, affiliated with the International Institute of Astronautical Sciences (IIAS), will fly on a future SpaceShipTwo dedicated research flight. Gerardi will conduct experiments and technology demonstrations on the flight, such as testing biomedical sensors and running a fluid configuration experiment.

IIAS is a citizen science institute that supports research and education activities associated with spaceflight, including projects with the National Research Council of Canada and the Canadian Space Agency. Gerardi, who has performed microgravity research on parabolic aircraft flights for IIAS, is an author and social media influencer who previously worked for the Commercial Spaceflight Federation and Masten Space Systems, and serves on the board of the Explorers Club.

“I’ve been a champion of Virgin Galactic’s mission to democratize access to space from the earliest days,” she said in a statement. “The opportunity to fly as a payload specialist on a Virgin Galactic spaceflight brings everything full circle for me, and it’s nothing short of an honor to have a front-row seat to the final frontier.”

Neither Virgin Galactic nor IIAS disclosed the terms of the deal, including the cost of the flight or when it will take place. Virgin has three more flights of its current SpaceShipTwo vehicle, VSS Unity, scheduled through the fall, after which it will undergo maintenance before commercial flights are scheduled to begin in early 2022.

Virgin Galactic is best known for plans to fly space tourists on SpaceShipTwo, and has about 600 people signed up to fly. The company halted ticket sales after the first SpaceShipTwo, VSS Enterprise, crashed during an October 2014 test flight, but company officials have said in recent earnings calls they anticipate reopening ticket sales after the flight with company founder Richard Branson on board takes place later this year.

The company, though, has increasingly been emphasizing other lines of business for SpaceShipTwo, including flying research payloads along with their researchers, and performing astronaut training. Virgin signed a contract with the Italian Air Force in October 2019 for a dedicated research and training flight, which is set to be the last of the three upcoming SpaceShipTwo flights scheduled for this year.

NASA, as part of its Flight Opportunities suborbital research program, made its first award for a human-tended payload in October 2020, selecting a proposal by Alan Stern of the Southwest Research Institute. Stern, who for years had advocated for suborbital research, including flying researchers, will test a camera and biomedical sensors on a future SpaceShipTwo flight.

At a May 10 earnings call, Doug Ahrens, Virgin Galactic’s chief financial officer, said the Italian Air Force flight will produce $2 million in revenue. “We’re now entering into agreements at $600,000 per seat” for research and astronaut training flights, he said. “We’re quite excited about this market and the pricing dynamics we’re seeing for this portion of our business.”

Virgin Galactic, which last sold tickets for space tourism flights at $250,000, has not disclosed the pricing it will offer when it resumes ticket sales.

“A large part of our mission is to provide reliable and frequent access to space for space-based research, and we are proud to fly Kellie so she can fulfill a lifelong dream, conduct important research, and inspire the next generation of researchers and astronauts,” Michael Colglazier, chief executive of Virgin Galactic, said in a statement.